Eco-plastics in Packaging Editorial Board 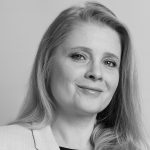 Agnieszka van Batavia is sustainability manager for pharma at Constantia Flexibles. Prior to her current role, she was a strategic sustainability and regulatory advisor at the Dutch packaging research institute The LCA Centre. The LCA Centre guides companies, institutions and policymakers to identify, assess, develop and implement sustainable, science-based and commercially viable packaging products and systems.

Thermoforming veteran Ken Braney is Past President 2011-2012 of the industry organisation Society of Plastics Engineers. 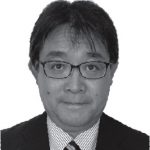 Professor Paolo Galli serves as a consultant and advisor on research and technology matters to companies worldwide. His career has seen him win numerous awards and acknowledgements, in particular for his outstanding contribution to the development of the science and technology of catalysis.

Nicholas Mockett is a corporate financier and has focused on the packaging industry for 20 years. Active in every substrate, Mockett’s experience includes mergers, acquisitions, public company takeovers and leveraged buy-outs. 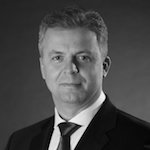 Tarmo Raudsepp is vice president of business optimisation for Borouge, which is a joint venture polyolefin manufacturer of the Abu Dhabi National Oil Company and Austria’s Borealis. 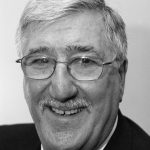 David Tyson’s career spanned three businesses in flexible packaging with many owners: Reed Group, Smith & Nephew, and Venus Packaging, which was subsequently owned by Metal Closures Group, Wassell, Sidlaw Group, Danish, and Amcor. David went on to become chief executive of the Packaging and Films Association (PAFA). During his time there, PAFA (now merged with the British Plastics Federation) secured a climate change agreement to give tax rebates in exchange for companies meeting emissions reduction targets for their business, which likely resulted in around £15 million ($20.6m) of tax rebate benefits to UK film producers.

George Crochiere is president/owner of Crochiere & Associates, LLC, which conducts consultancy and testing of packaging components for sealing properties and oxygen, carbonation and contaminant (TCA and similar) barrier properties under commercial conditions.

Dr Dan Weissmann is the principal of DW & Associates, a consultancy specialising in plastics and packaging. His blow moulding career spans 35 years with major involvement in the development of plastics bottles for the beverage industry. He has also worked in the areas of custom sheet extrusion and new plastics material development. Member of the Society of Plastics Engineers for the last 40 years, Weissmann was elected a fellow of the society in 1996.

Nina Goodrich was director of the Sustainable Packaging Coalition and executive director of GreenBlue prior to her retirement. GreenBlue is a nonprofit that provides science and resources to make business more sustainable.

Dr Frank Welle is senior scientist at Fraunhofer IVV, which is one of the main institutes for applied packaging research

Mike Neal is the chairman of the Petcore Technical Committee. Petcore is the European value chain association with a mission to facilitate sustainable growth for post-consumer PET collection and support all PET recycling processes.

Scott Seydel is president of the Seydel Companies which, among other activities, recycles PET from beverage bottles into coatings for textiles and wood products. He also chairs the boards of Global Green and Elemental Impact and is a board director of Green Cross, Container Recycling (CRI), and Atlanta Recycles. 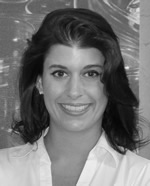 Chandler Slavin has been serving as custom thermoformer Dordan Manufacturing’s sustainability coordinator since 2008. She is the author of the blog Recyclablepackaging.org, where she discusses the intersection between ethics, packaging and sustainability; her research has been published in more than 20 industry periodicals and she continues to speak domestically and abroad on progress in PET thermoform recycling. 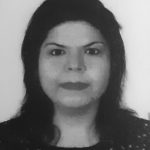 Meenu Sachdeva, Ph.D., is head of research and development (R&D) at Amcor in Haridwar, India. Prior to her current role, she was head of quality assurance (QA) and R&D with Ultimate Flexipack, a group company of UFlex. She has a doctorate in polymer chemistry with 20 years of experience in R&D, QA, and technical support. During her career, Sachdeva has been a guest faculty in various universities and colleges, with many publications to her credit in national and international journals. 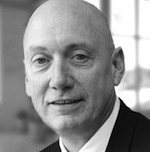 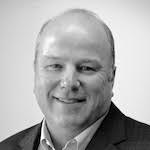 Randy spent 22 years at Husky Injection Molding Systems, 14 years as manufacturing manager and 7 as general manager of Bolton Molds. He then became president and chief executive of StackTeck Systems for 12 years before retiring. He now serves as a member of the board at StackTeck Systems.

Edgar Acosta is the managing partner of MACE Virtual Labs. He was previously the managing director of Olefins and Aromatics for DeWitt & Co. Inc., a petrochemical consultancy located in Houston, Texas, and senior vice president of Argus DeWitt, which was the result of Argus Media’s buyout of DeWitt & Co in 2012.

Stay in the loop and subscribe to our newsletter

By continuing to use the site, you agree to the use of cookies. more information